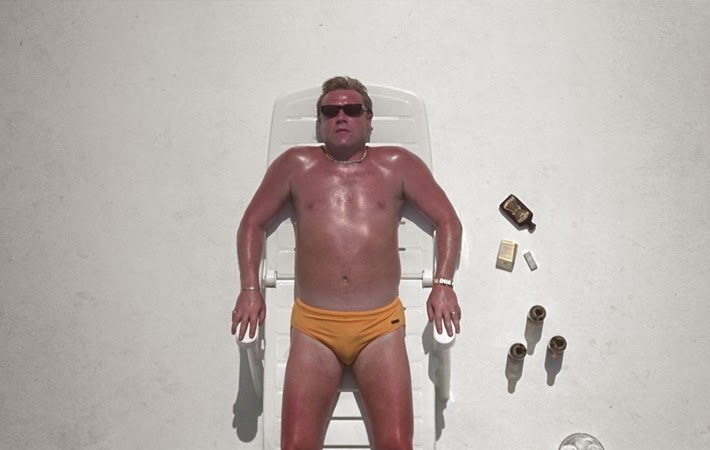 The summer holidays: a chance to re-invent yourself, see another part of the world or just sit back and get some much need ‘R&R’. Marking the end of an era or the start of something new, those wistful, carefree days represent a separation from the norm giving rise to fairy-tale like adventures unthinkable in the more middling months. As such, whether it’s Spielberg tormenting Amity Island holidaymakers or Spike Lee turning up the heat on racial tensions, it’s easy to see why filmmakers have so often been drawn to the mythology of the long hot summer. So before you pack your bags or break out the barbeque, here are five films imbued with the spirit of the sunny season, guaranteed to get you in the mood for your summer break. 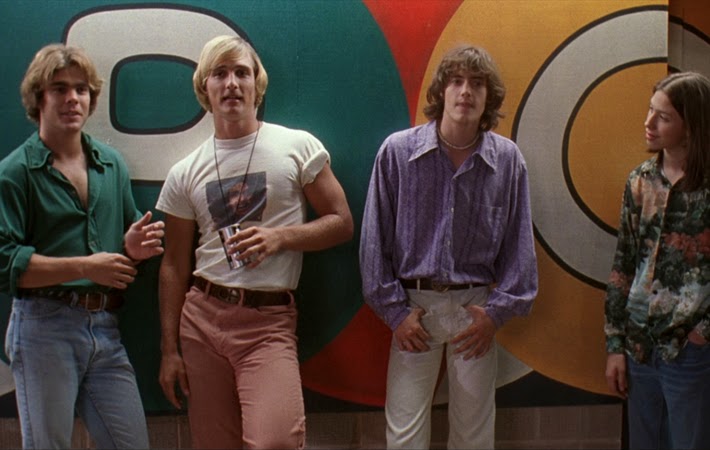 DAZED AND CONFUSED (1993)
AMERICAN GRAFFITI for the seventies, Richard Linklater’s perfectly observed DAZED AND CONFUSED was once described by Quentin Tarantino as “[one of] the greatest hang-out movies ever made”. With an ensemble cast that includes Ben Affleck, Mathew McConaughey and Milla Jovovich, this sprawling chronicle of the last day of school is broad in scope, yet personal, authentic and relatable. Featuring a diverse array of memorable characters, ranging from freshmen on their first night out to seniors cogitating their imminent future, DAZED AND CONFUSED is chock-a-block full of drunken mischief, minor epiphanies and kids coming of age — perfectly capturing the sense that, at the age of eighteen you’ve reached the pinnacle of a mountain and are now looking out over the rest of your life. And as the sun rises on the new dawn, as the teens drive off to pastures new, you feel the night’s transformative power. Set to Foghat’s ‘Slow Ride’, the ending, which brims with the energy felt when beginning one of life’s new chapters, will leave you yearning to embrace the summer ahead. Best watched between the ages of 15-25 when it might just change your life. 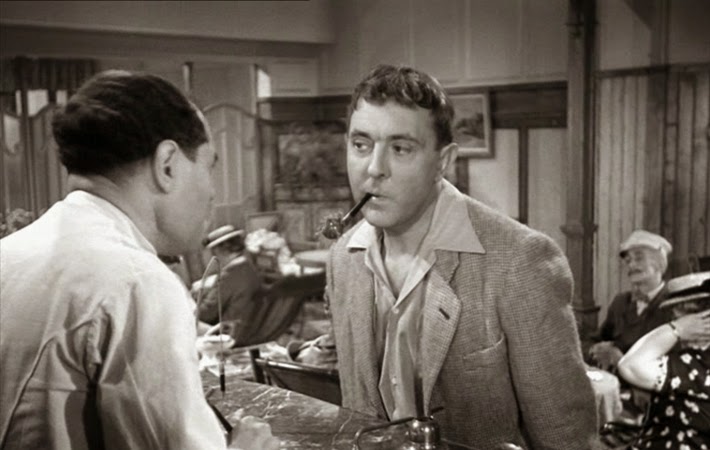 LES VACANCES DE MONSIEUR HULOT (1953)
Watching LES VACANCES DE MONSIEUR HULOT, it’s clear to see where Mr Bean got the inspiration for his own summer jaunt. Jacques Tati’s celebrated coastal escape, which sees him stumbling through a series of mishaps whilst staying at a seaside resort, feels like the sort of idyllic, languid holiday you dreamt of as a kid. Poking fun at a variety of recognisable staples, including a crotchety hotelier and a blonde bombshell, Tati’s makeshift seaside community, temporarily manufactured by holidaying strangers, is a surreal, caricatured microcosm of French society — through which the lovable, well-meaning Monsieur Hulot wreaks havoc. Tati’s performance, which induces a smile through a simple nod of the head, is a master class in physical buffoonery. Drawing laughter from every possible action, no matter how small or seemingly throwaway, LES VACANCES DE MONSIEUR HULOT is a comedy of manners, affectionately finding the humour in human foibles and social etiquette. Sweet, charming and laugh-out-loud funny: watch it and you’ll long for the holidays of a bygone era. 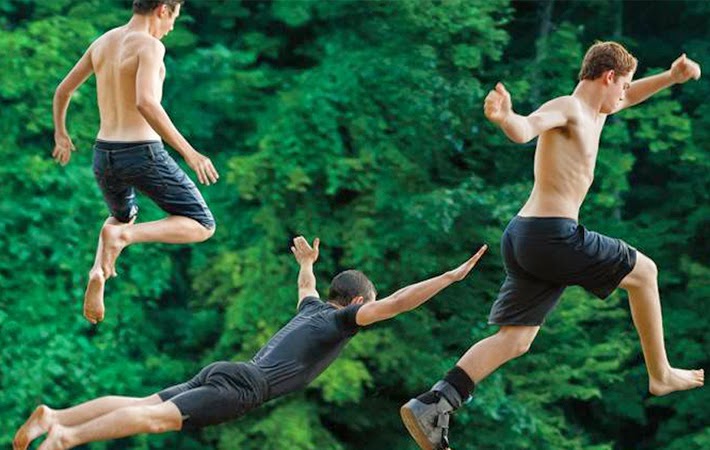 THE KINGS OF SUMMER (2013)
Remember when summers felt like they’d last a life time and the prospect of those many weeks of freedom filled you with the giddy belief that anything was possible? Well Jordan Vogt-Roberts, director of THE KINGS OF SUMMER, certainly does. Following three runaway teens who build a cabin in the woods and spend their summer attempting to live off the land, this curious hybrid of Terrance Malick, INTO THE WILD and ADVENTURELAND is the quintessential childhood fantasy. Freeing themselves from parental authority and embarking on a self-imposed ‘rites of passage’, it’s the ultimate act of youthful rebellion and the feeling of escape and joyful recklessness is thrillingly infectious. If you spent your childhood summers building tree houses and dens in the vain but determined hope of recreating the Ewok village, then THE KINGS OF SUMMER will paint a pleasingly familiar picture. Going feral never looked like so much fun. 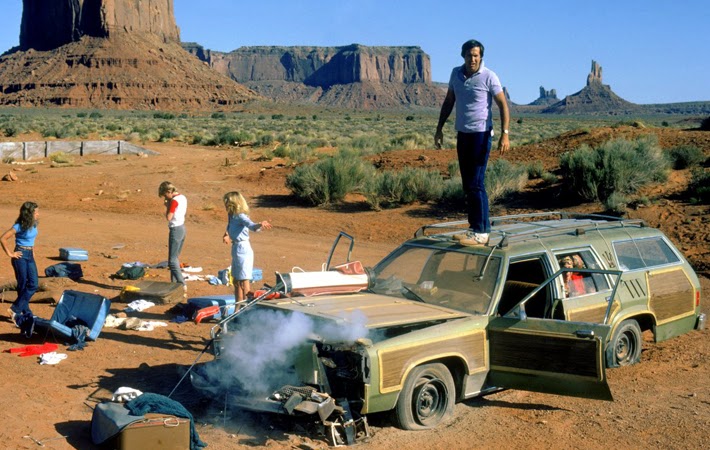 NATIONAL LAMPOON’S VACATION (1983)
Like a goofy version of LITTLE MISS SUNSHINE, there’s something reassuringly recognisable about the Griswald family’s hellish road trip from Chicago to Los Angeles. We all know what it’s like to be stuck in the car for hours on end, to bicker over directions and to find ourselves lost in the dodgy part of town — it’s the essence of the family holiday and that’s what NATIONAL LAMPOON’S VACATION is all about. Though it’s probably not as good as you remember (it hasn’t exactly aged well), Clark Griswald’s (Chevy Chase) determined effort to get his family to the Wally World theme park remains memorable for its sense of journey. From the optimism of his original plans, to the increasingly overblown scrapes they encounter whilst on the road, NATIONAL LAMPOON’S VACATION creates a sort of cinematic mythology around the family holiday. Elevating the experience so it feels more of an ‘event’, if you happen to catch it whilst planning your own trip away, you’ll find it difficult not to be inspired by its enthusiasm. 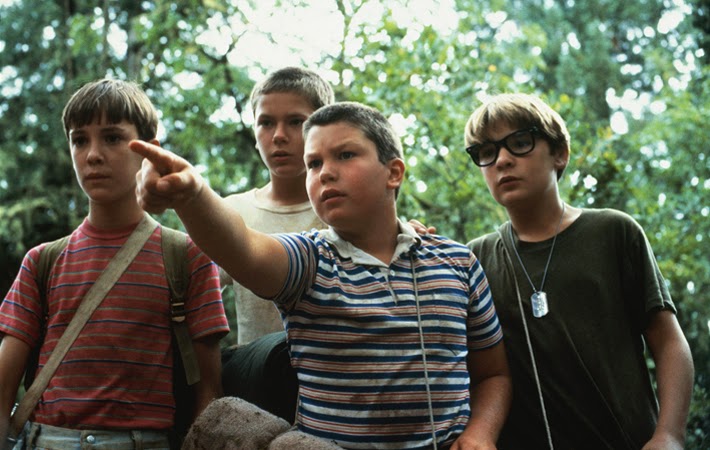 STAND BY ME (1986)
A childhood experience so definitive it should be on the curriculum, STAND BY ME, like DAZED AND CONFUSED, is a film about change. Capturing that late summer haze before the dreaded return to school, this story, of a writer recounting a boyhood adventure in which he and three friends go in search of a dead body, is a sublime portrait of the last days of childhood. The tightknit group, on the verge of Junior High and a new beginning, are facing a future in which their close bond will inevitably fade and this, their final hurrah, is the last gasp of a more innocent time — because as the film states, we never have friends like the ones we had when we were twelve. But as the writer concludes his rumination on the past, we see his son, the next generation, ready to embrace a new adventure: a reminder that the experiences of childhood, while achingly impermanent, remain poignantly and perhaps comfortingly cyclical. If the kids do one thing this summer, they’d do well to watch STAND BY ME.
Not what you’d have chosen to get you in the mood for the long hot summer? Let me know in the comments below.
Originally posted on Screen Relish 12th July 2014
Posted by second-take at 11:46