So Bad They’re Good: Five Of Cinema’s Most Loveable Turkeys

Some bad films—when they’re really bad—are like car crashes. You fear to look, yet you cannot turn away. You know it’s wrong, when they offend almost every cinematic sensibility, but still you watch. Because somewhere between bad and ridiculously bad, there’s a line in the sand. Nobody likes poor cinema but when the films are so hilariously terrible that conventional criticism becomes futile and minor details like a credible plot feel like nit picking, something magical, if counter-intuitive happens: they become so bad… they’re good. It’s a dubious honour of course, but this categorisation, which has become a sort of subgenre, can breathe new life into films that would have otherwise struggled to make it to the bargain bin at your local petrol station. In fact, many of the films that have attained this status now inspire genuine affection and cult admiration. But the aforementioned genre can be a tricky category through which to navigate. Seeking out the films that are ‘so bad they’re good’ can mean wading through a lot of cinematic shit. So to help you out, I've compiled a list of five truly terrible films that will make you howl with joy. Best watched when indulging in a few drinks at your mate’s house — you know, just to take the edge off. 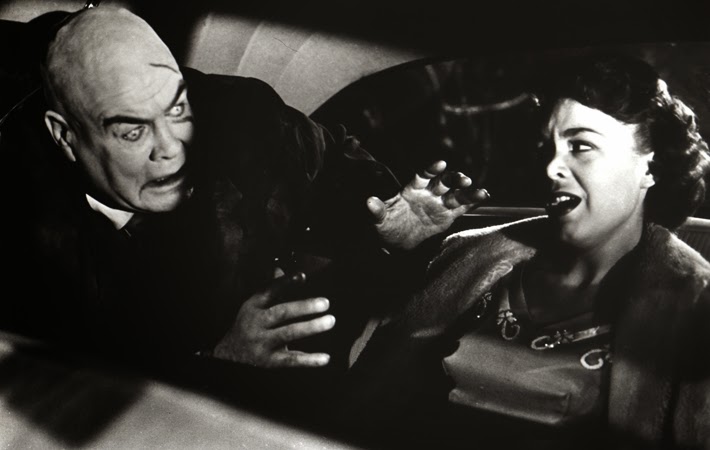 PLAN 9 FROM OUTER SPACE (1959)
“Greetings my friend. We are all interested in the future for that is where you and I are going to spend the rest of our lives. And remember my friend, future events such as these, will affect us all in the future.” Opening his film with this baffling prologue, Ed Wood sets the tone for his legendary crap-a-thon PLAN 9 FROM OUTER SPACE: the original in the ‘so bad it’s good’ canon made by the father of the genre. The storytelling is staggeringly naïve, with every scene so bloated with exposition — the voiceover literally just describes what you’re seeing on screen — the action feels like it’s playing out in real time. There are no cut-aways here. When someone says they’re going to get a flashlight from the car, you better believe you’re going to watch them walk over to the vehicle, get the flashlight and then walk back.  All this makes the pace feel positively glacial, but when the film features a policeman scratching himself with the barrel of his own gun and a zombie struggling to climb out its grave, there’s so much fun to be had in the clunky awkwardness it’s well worth the pain. Why not try the PLAN 9 FROM OUTER SPACE drinking game—two fingers for every unintentional laugh! 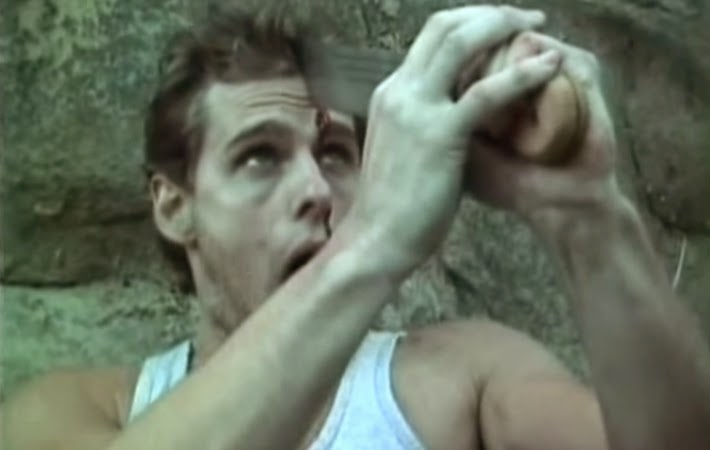 CAMP BLOOD (2000)
A FRIDAY THE 13TH style slasher about a group of campers being offed in the woods by a psycho clown, CAMP BLOOD feels like a horror made by the kids from SON OF RAMBOW. The film is notable for its total inability to generate any sort of tension: the killer simply ambles from one unconvincing murder to the next, wandering through the frame as if what we’re watching is actually a dry run for the real thing. But while CAMP BLOOD is left wanting when it comes to story, character, dialogue, atmosphere and basic aesthetics, it does boast some of the most laughably poor death scenes ever committed to low quality DV tape. Throw in the bizarre POV sex scene at the start, which sees a couple dry-humping to what sounds like the theme from THE ANIMALS OF FARTHING WOOD, and you’ve got the sort of movie that gives teenage boys a lot of mileage. 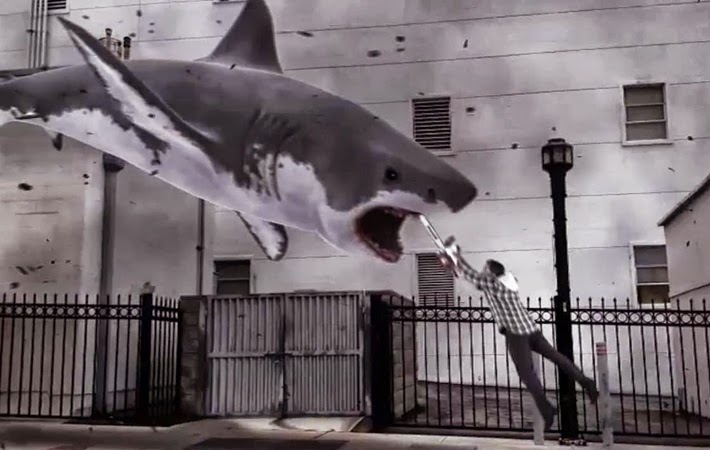 SHARKNADO (2013)
It’s testament to the appeal of the ‘so bad it’s good’ genre that production companies like The Asylum have devoted their entire oeuvre to producing intentionally terrible films — at least, given the fact that their back catalogue includes the likes of TITANIC 2 and NAZIS AT THE CENTRE OF THE EARTH, that’s how it appears. It’s pretty difficult to endorse such a modus operandi and personally it doesn’t seem quite in the spirit of things. Nobody likes a manufactured boy band. It has to be organic — a natural process. That being said, though SHARKNADO is almost certainly an orchestrated act of cinematic shit, and for me loses kudos points for being just a bit too knowing, it is a film about a tornado filled with sharks…So a list like this would be difficult to justify without it. 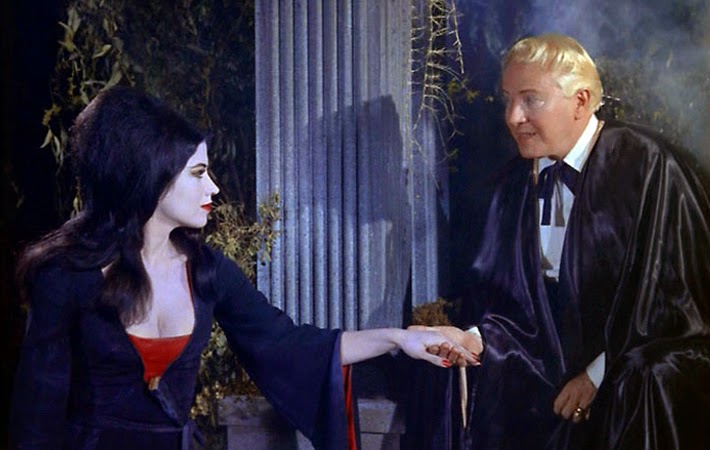 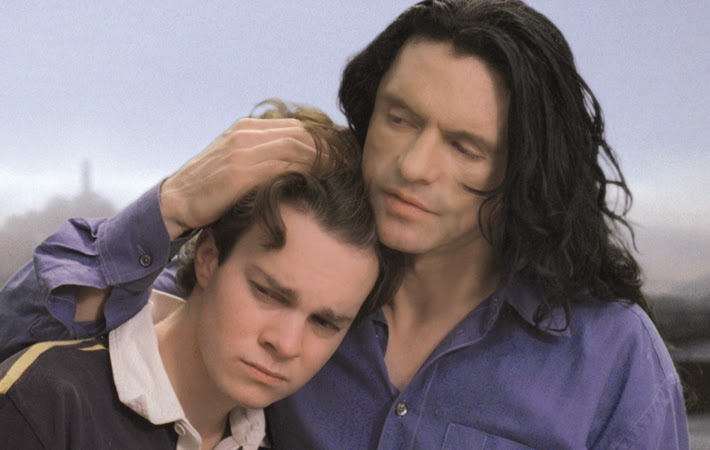 THE ROOM (2003)
When Tommy Wiseau set out to make his debut feature THE ROOM, you imagine he probably had pretty lofty ambitions. He will have dreamt of plaudits, fame and fortune. But unfortunately for Mr Wiseau, things didn’t work out quite as he might have planned. When THE ROOM was released in 2003, one critic likened the experience to ‘being stabbed in the head’ and this now notorious train wreck is generally regarded as the ‘CITIZEN KANE of bad films’. Yet there is something that remains strangely compelling about THE ROOM. Made by a man who apparently has no understanding of how human beings communicate, it fails on almost every cinematic level imaginable, and in some parts fails in ways you never thought possible. But put it all together — the nonsensical, unresolved subplots, Wiseau’s mystifying delivery — and the experience you end up with is one that’s endlessly quotable and genuinely hysterical.
As such, THE ROOM has earned a cult following unmatched by any other film in the ‘so bad it’s good’ genre. Special ‘quote along’ screenings, in which fans recite their favourite terrible lines, sing-along-SOUND OF MUSIC style, are now common place around the world. And, having inspired a making of film to be directed by James Franco, Tommy Wiseau actually hosts many of these events, often introducing the screenings with a Q&A beforehand. What must he feel like as he steps out on stage in front of a packed auditorium? What must it feel like knowing that everyone present is there for all the wrong reasons? He’d dreamt of plaudits, fame and fortune; but in a way, in those moments, can it be said that Wiseau hasn’t achieved what he set out to do? After all, a cinema full of strangers, unified as they chant in one glorious voice “You’re tearing me apart Lisa!” is nothing if not a moment of pure cinematic joy. Few films could ever hope to evoke such a reaction.
Did I miss your favourite howler? Let me know in the comments below…
Posted by second-take at 13:38