The 15 Greatest Movie Speeches Of All Time 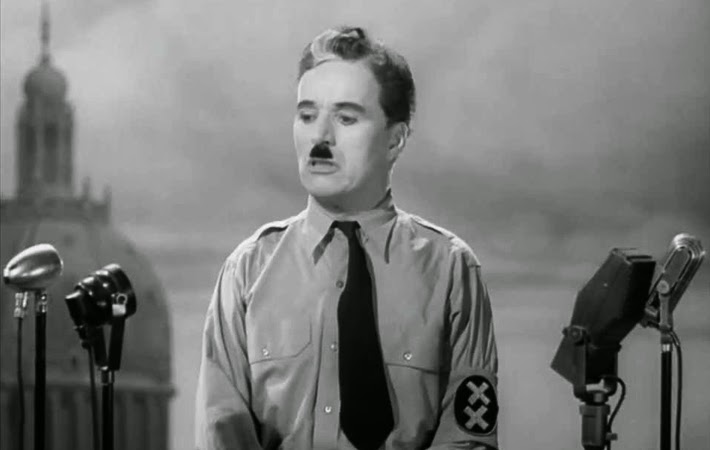 Few dramatic devices can strike at a film’s thematic heart quite like a great speech. Whether it’s a pre-battle rallying call or a tender soliloquy, the cinematic monologue can shape a character, mark a crossroads or conveniently tie up loose ends just in time for the final curtain call. It’s true it can be a tightrope; get it wrong and an entire film can descend into melodrama. But get it right, and the cinematic speech can be a thing of beauty, making for some of the medium’s most memorable moments. Here’s my top 15:

When theatre director, Caden Cotard, stages a mock funeral, the Pastor’s brutally honest sermon perfectly articulates the plague of anxieties gnawing at the director from within. SYNECHDOCHE, NEW YORK is a mind-boggling horror about the inexorable passage of time and the burden of choice. As the Pastor states: ‘everything is more complicated than you think’ and though we’re faced with the indisputable truth that the sands of time are finite, navigating a chaotic world, where choices are limitless and consequences untold, can leave you crippled by inertia. Some days, the weight of existence is a crushing cross to bear. 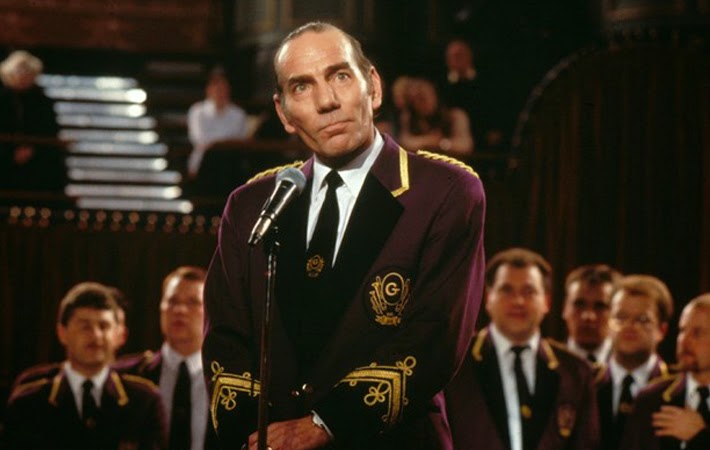 Like the orchestra playing on the sinking Titanic, the colliery band’s award winning performance at the Royal Albert Hall is a last gasp. The moment marks, not just the end of an industry, but the extinction of a way of life, and Pete Postlethwaite’s subsequent speech speaks for the pain of an entire community abandoned to hopelessness. A diatribe against Thatcherism and apathy, it's quiet tirade that packs a lasting emotional punch thanks to Poslethwaite’s choked delivery.

After he’s removed from a flight for aggressive behaviour, Don Logan (Ben Kingsley) has to think quick. Having threatened airhostesses and passengers alike, he’s detained by the authorities and needs a damn good explanation for his behaviour. What he comes up with is an excuse so ridiculous that only Ben Kingsley could possibly pull it off. Claiming that his ‘regrettable’ behaviour was the result of having just been felt up by a couple of male flight attendants, Logan points the finger of blame squarely at the ‘one with the ginger hair’. Screenwriters take note: this is how you write yourself out of a corner with a bit of creative flare! 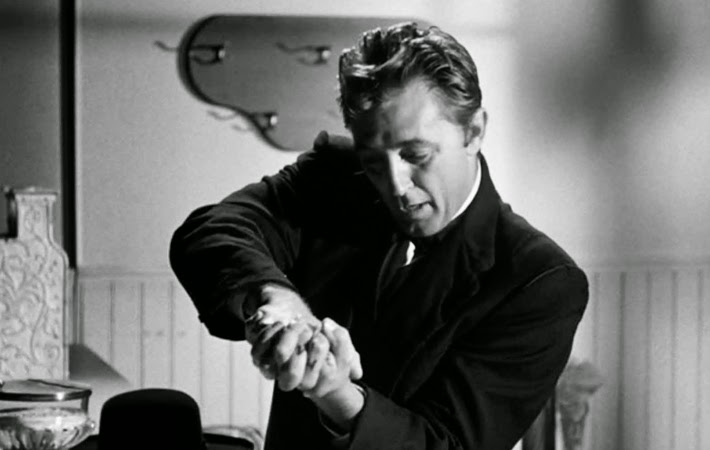 When creepy bogeyman Robert Mitchum elaborates on the love/hate tattoos on his knuckles, he launches into an extended sermon about the human conflict between good and evil—an overly simplified metaphor that reflects the film’s fairy-tale-like tone.  There’s something truly mesmeric, almost dreamlike, about Mitchum’s silky smooth, beguiling delivery that is simultaneously both charming and unsettling. See DO THE RIGHT THING for an almost word for word re-enactment of the speech, albeit with a bit of eighties attitude.

As the hotshot salesman brought in to ‘inspire’ a group of struggling real estate brokers, Alec Baldwin embodies capitalist greed at its most cutthroat. Having apparently taken his cues from the Drill Sergent in FULL METAL JACKET, Baldwin’s seven minute castigation is more about shock and awe than it is about motivation. Revealing the ugly face of misplaced values, it’s a startling and repugnant depiction of machismo in the world of target driven sales that leaves a very bad aftertaste. Money, it seems, really does make the world go round. 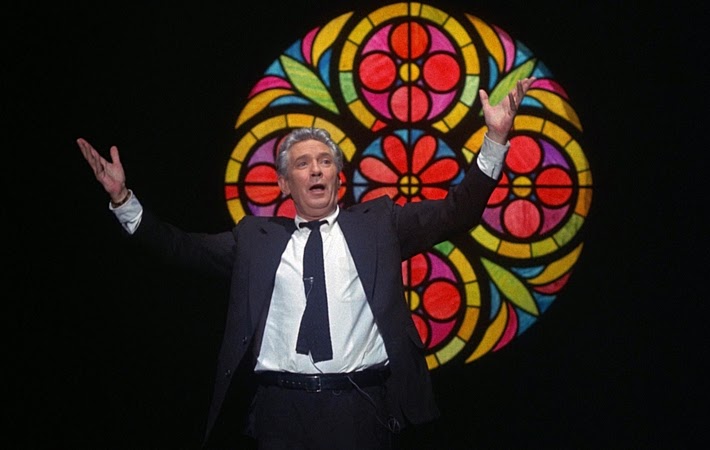 Ageing news anchor Howard Beale’s public declaration of rage is undoubtedly the more famous, but it’s his speech about the corrupting influence of television that rings true. Claiming that we’ve forgotten what’s real and what’s false, he rails against the collective insanity that sees television dictate every aspect of our lives, from the way we dress to the way we eat. But Howard Beale’s taking a stand. He wants his viewers to fight back. He wants them to switch off: simple as that. In the age of reality TV, twenty-four hour news and talent show manipulation, Beale’s message is staggeringly prophetic and alarmingly apt. I wonder what he’d have thought of the Internet… 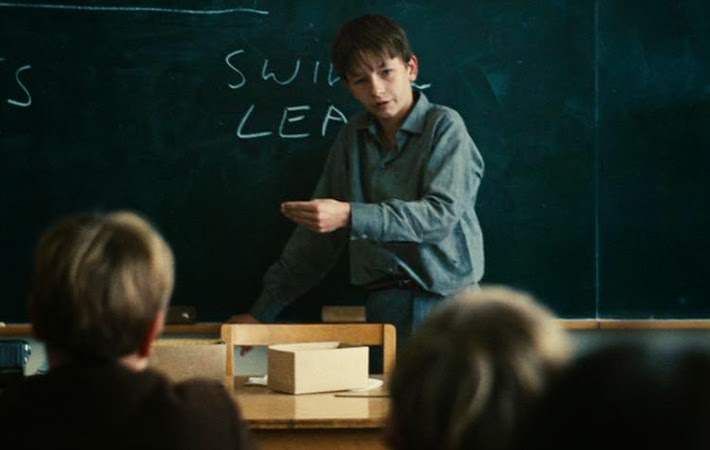 At the age of fourteen, Billy Casper’s future looks set. Branded the awkward delinquent, it’s assumed his life will be one spent down the pit. But when he’s singled out in class and given the opportunity to express himself, Billy reveals a very different side. Recounting the first time he flew his hand-reared kestrel without a leash, it’s clear this is a sensitive, dedicated, knowledgeable young man, with spark and spirit yet to be crushed by circumstance. Given the chance, who knows what he might be capable of? The tragedy of untapped potential is clear, but the scene's true achievement is far more indelible. In Billy's world of dead ends, his spontaneous class talk unearths something truly precious: hope. 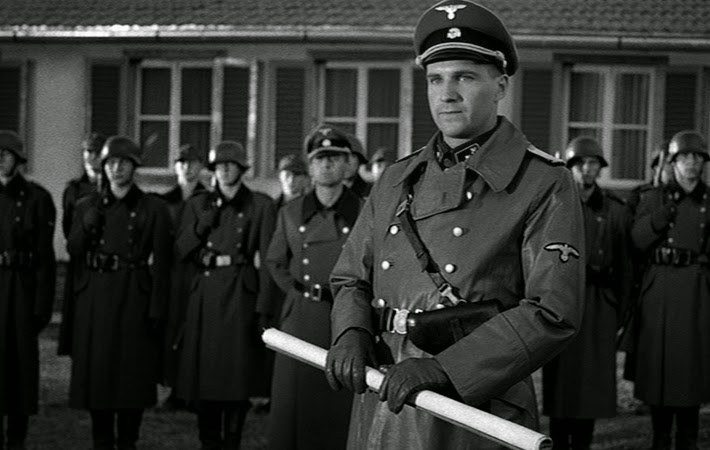 This terrifyingly clinical depiction of organised slaughter and mass madness sees SS Captain Amon Goeth (Ralph Fiennes) inform his troops that the imminent liquidation of the Jewish ghettos will be remembered as a historical landmark. According to the commandant, the last six hundred years, which has seen the Jewish population live, work and prosper in Krakow, is about to become ‘a rumour’. It never happened. They’re not just removing the Jews from the city, they’re eliminating their existence from history; an objective made all the more troubling when you consider Goeth’s resolute conviction that this course of action is not only justified but entirely possible.

Based on real events, Robert Shaw’s utterly captivating description of the attack on the USS Indianapolis, which left over a thousand sailors to the mercy of the sharks, is proof that big doesn’t always mean better. In fact, its Shaw’s low-key, understated delivery that gives this most quintessential of sailor’s yarns its brooding power. Not just a means of fleshing out a potentially one dimensional character, it’s a raising of the stakes for the final showdown, ensuring the audience is in no doubt that these beasts should be considered almost mythic in their menace. 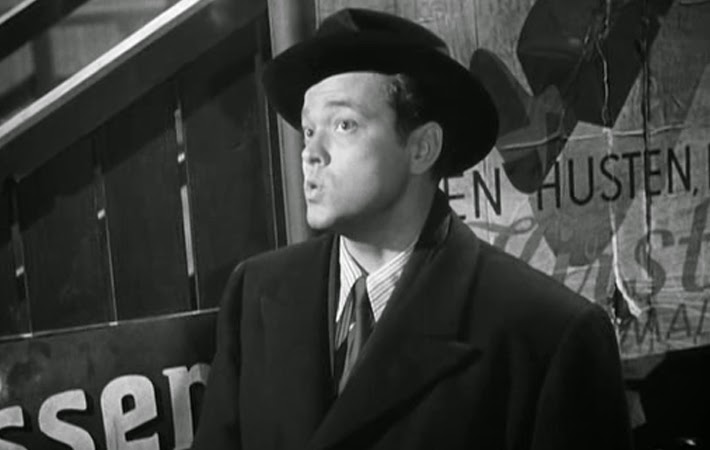 One of the most famous and celebrated speeches in the history of cinema actually endorses a pretty cynical view of humanity. Harry Lime (Orson Welles) has been exposed as a black market dealer, selling diluted penicillin to Vienna’s most vulnerable, yet cheerily encourages his outraged friend to look on the bright side. After all, hardship has proved the catalyst for innovation, creativity and invention; whereas peace, love and understanding has produced little more than a novelty clock. With his dodgy drugs having led to the death of children, Lime should be one of celluloid’s most hated figures, but after this effortlessly charismatic and unforgettably irreverent attempt at validation, it’s difficult not to fall for his charms. 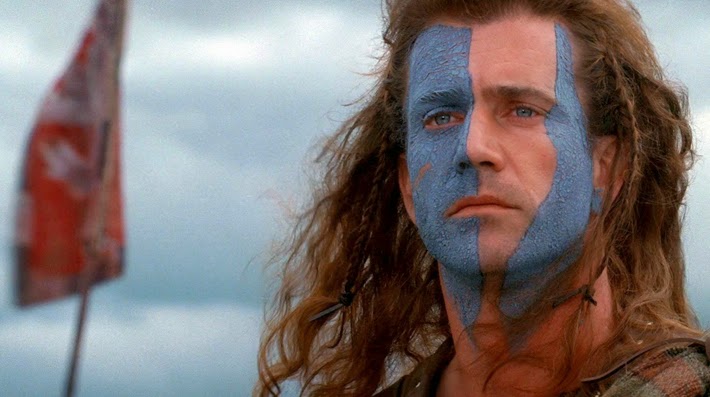 However you might feel about this divisive tale of Scottish rebellion, you can’t deny that Mel Gibson’s William Wallace knows how to get a crowd going. Having assembled to do battle with the English, the outnumbered and under-equipped Scots are about ready to go home when Wallace arrives to convince the men that freedom is a cause worth dying for. Delivered with gusto and conviction, it’s a rousing moment that sends shivers down the spine. 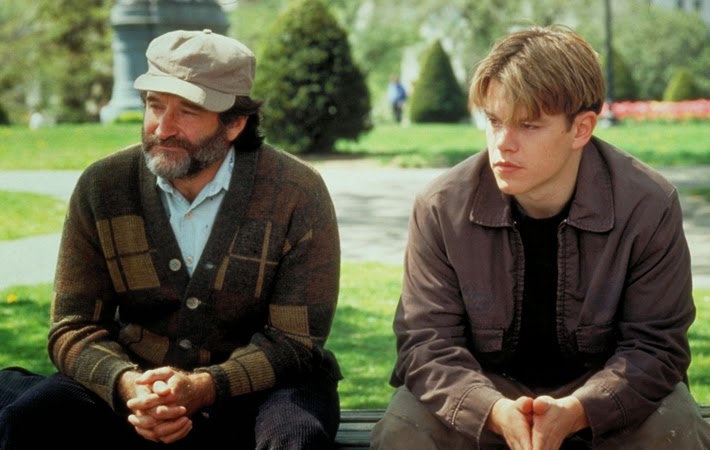 4: GOOD WILL HUNTING (1997): What it Smells Like in the Sistine Chapel

After he's emotionally sucker punched by troubled genius Will Hunting (Matt Damon), Sean Maguire (Robin Williams) decides to take the kid down a peg or two. In an uninterrupted four minute monologue, Maguire acknowledges Will’s staggering intellect but determines that his breadth of knowledge amounts to nothing more than a second-hand reproduction, telling you little about the realities of life. Because there are some things, perhaps the greatest of things, that you just can’t read in books. It’s a joyous testament to the pleasures and pains of the human experience. 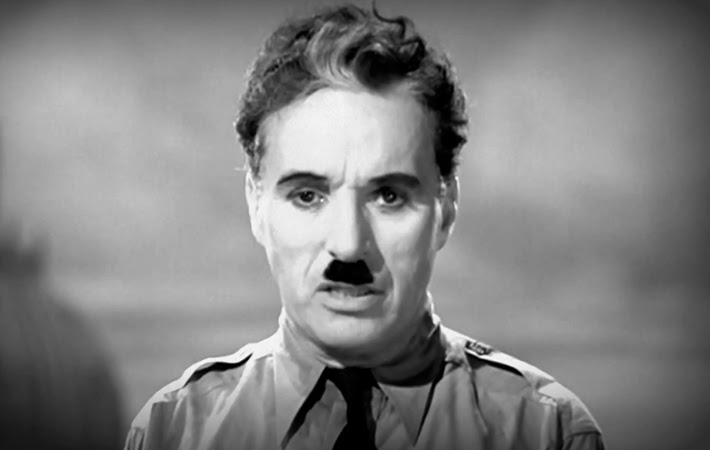 In his first talking picture, Chaplin hits back at the tenets of fascism and proves his verbal skills are more than a match for his physical buffoonery. After he’s mistaken for Adenoid “Hitler” Hynkel, a Jewish barber is suddenly thrust in front of a vast crowd awaiting the dictator’s address. Given the platform, the barber uses the opportunity to attack the forces that would turn men into machines. A direct, bold and admirable retort to the teachings of Hitler, Chaplin’s message is one of peace, decency and solidarity. The sentiment could be accused of naivety, but Chaplin’s optimism is so infectious and inspiring that it transcends the practicalities and restores your faith in humanity. 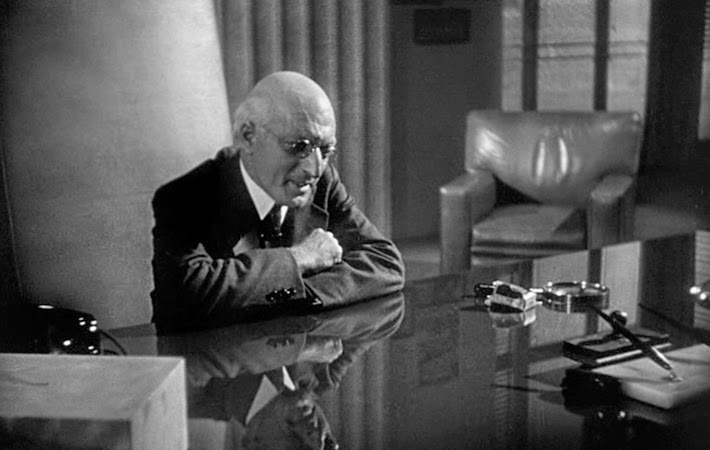 Orson Welles orates with showy, chest-beating aplomb but it’s Everett Sloane’s quiet lament about a girl he saw just once, some forty years ago, that proves to be CITIZEN KANE’s most memorable discourse. Despite the brevity of his encounter, Sloane’s Mr Bernstein claims ‘a month hasn’t gone by since, that he hasn’t thought of that girl’: a simple, deceptively complex statement that speaks volumes for the devastating, and often unknown effect that one individual can have on the life of another. For a film that’s sometimes accused of being cold, it’s a moment that aches with the pain of life’s missed opportunities.

Cinema’s most famous swan song sees Rutger Hauer’s Roy confront his imminent death and reflect upon his own mortality. The speech itself constitutes a total of five lines but in that time, the doomed replicant defines what it means to be human and articulates the great tragedy of existence: that all that we do, all that we achieve, see, learn and experience, is destined to be ‘lost in time like tears in rain.’ This is cinema at its most poignant and affecting.
Posted by second-take at 17:18